“The truth is out there.”—Chris Carter, The X-Files

When it comes to purchasing a first camera for new photographers, you can seek recommendations from a friend, or members of a camera club (if you belong to one), or the person behind the counter at your favorite store. You can even consult reviews from blogs and YouTube. You can also choose not to do any of these things.

Disclaimer: The following advice is the author’s opinion based on his many years as a photographer and does not and cannot represent all of the possibilities, people, places, and things in the country or world for that matter. Or to quote Dennis Miller, “That’s just my opinion and I may be wrong.”

As I was saying, your friend, and this applies to club members as well, is only going to suggest cameras that validate their decision, which may or may not be a good fit for you based on how and what you photograph and ergonomics (something that’s often overlooked until after a purchase). People are like rainbows and come in all sizes and shapes. Some of us have large hands, some medium, while others, especially the young, have small hands.

Retail is a mixed bag because not all stores sell all brands, so you’re just going to be sold what’s on the shelf. Salespeople, especially at big box stores, typically get spiffs—a bonus paid by camera manufacturers—so your recommendation is going to be one that pays them the most cash. For stores that stock all brands of cameras, and I mean all brands, there are exceptions. Build a relationship with one person who will be your go-to for advice on camera purchases. If they know you will be a regular, they’ll take care of you.

As far as online advice, my advice is to be skeptical. Some bloggers and YouTubers who write/talk about cameras are paid by manufacturers and are hardly unbiased. Others are unabashed fanboys who love one brand, hate the rest, and love to talk.

All writers, including myself, have biases, which may be based on how a particular company treated them when they had a service problem, asked for information, or requested a review unit and the company decided that, like Wayne and Garth, “they were not worthy.” We’re only human after all. Some writers are biased about the type of camera: DSLR vs. mirrorless. Yet, according to the Camera & Imaging Products Association (CIPA), sales of DSLRs decreased by 10% when compared to 2016 but mirrorless camera sales increased by 40%.

I hate to be the one to break it to you but when looking for a new camera for yourself or a new photographer, you’re going to have to do some work, some research. Read camera specs in this magazine and on manufacturers’ websites and don’t be blinded by megapixels. My first DSLR in 2002 was the 6MP Canon EOS D60 (not 60D) and I delivered many photographs to happy clients shot with it.

At some point you’re going to have to hold the camera in your hands. If you can afford it, trade shows are a no-stress way to get a sense of a camera’s ergonomics. I’ve always said, “If there’s one thing you don’t like about a camera initially, you’re going to hate it later.” A better alternative is free camera store events. Retailers like Mike’s Camera in Colorado and Northern California sponsor events where they lend cameras and you get to handle the camera and later see the photos on your own computer. During my car show PhotoWalks, I let people shoot my cameras with their memory cards so they can see the results.

So what are my recommendations? Where to start…

As VW Used to Say, Think Small
As Americans we love big stuff. Among the big stuff we love are cameras. They can’t make them too big for us. Nikon’s Df being the exception that proves this rule. Nikon lovers, including my wife, wanted a digital Nikon FE2 but the company gave them a Topcon.

When it comes to cameras for new photographers, I think size matters. 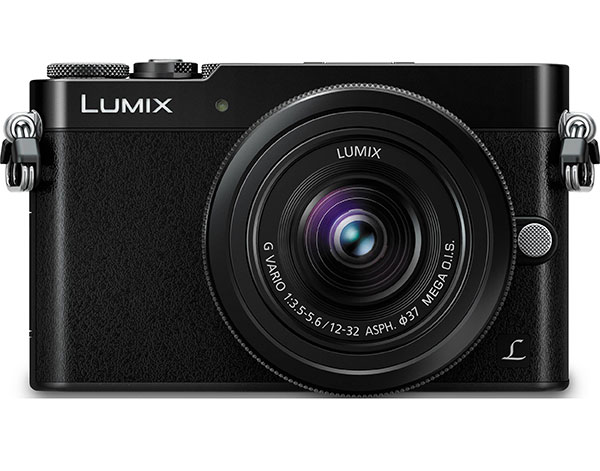 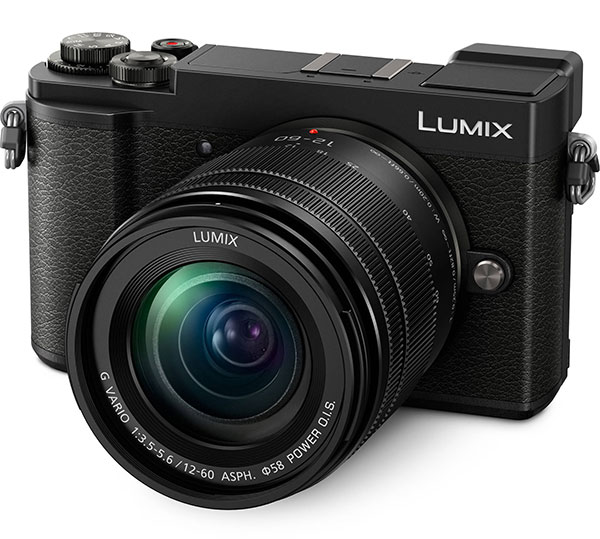 The GM5 was discontinued but used copies are available at affordable prices from Shutterbug advertisers or eBay. These days the camera closest to it is the Lumix GX9 ($997, with a 12-60mm kit lens) but it’s slightly wider, taller, thicker, and weighs 8.34 ounces more.

Who’s It For: New shooters with small hands or street photographers looking for a compact yet discreet camera—especially in black—with interchangeable lenses.

Why I Like It: The GM5 is beautifully crafted, almost jewel-like, yet delivers the performance of a real camera that’s better than any point-and-shoot or cell phone. 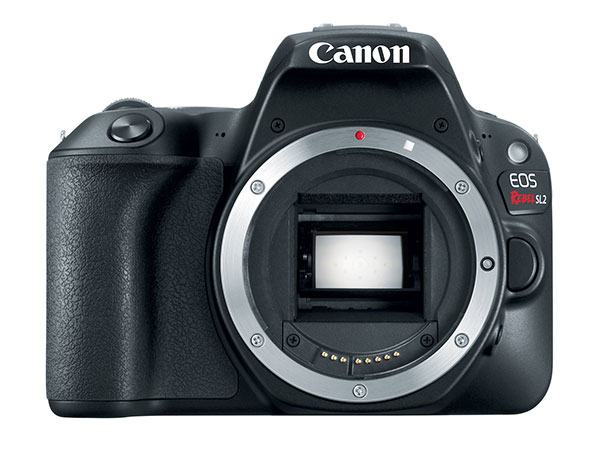 Not to pick on Canon’s 24.2MP EOS Rebel SL2 ($549, body only) because it’s an affordable solution for someone who feels comfortable shooting something from the big two. And it’s small. Compared to Canon’s own EOS 80D, it’s 12% narrower and shorter, weighing 9.7 ounces less.

The Canon SL2 has a DIGIC 7 image processor with ISO sensitivities up to 25,600 (expandable up to ISO 51,200). It has a three-inch vari-angle touchscreen and can shoot continuously up to 5 frames per second (fps). The camera has a nine-point Dual Pixel CMOS AF system with control via the touchscreen à la the iPhone. It even has a microphone jack for high-quality audio when shooting video, something lacking in most entry-levels cameras. The SL2 also has built-in Wi-Fi with NFC and Bluetooth linking to a smartphone or tablet.

Who’s It For: Canon shooters upgrading from a superzoom and older DSLR photographers looking to downsize but not wanting to give up on megapixels.

Why I Like It: It may be small but it’s still a real EOS camera with all of the positives associated with that. 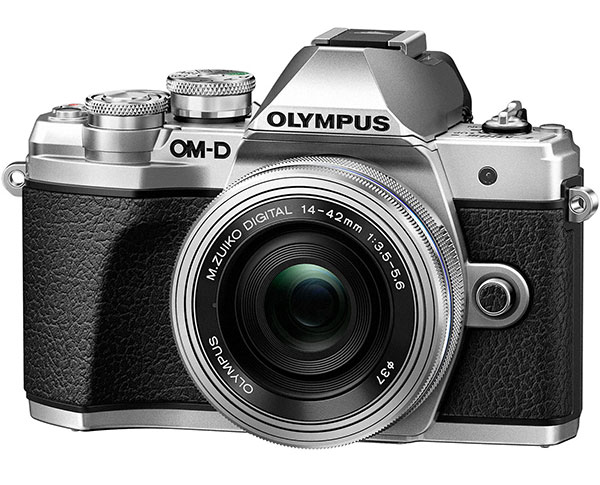 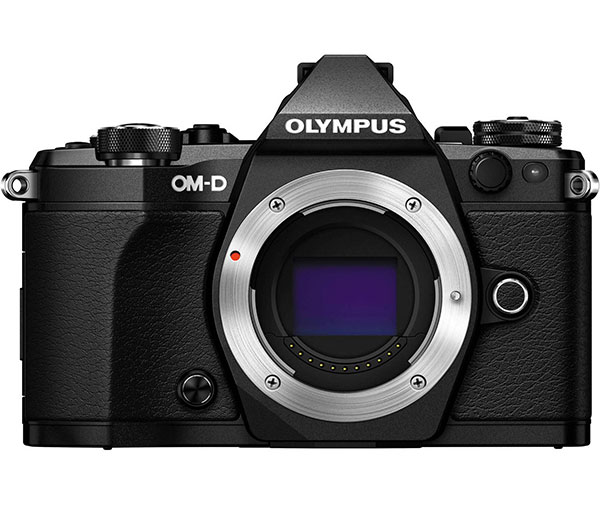 The Olympus E-M5 Mark II has a magnesium alloy body sealed against dust and liquids and operates in cold weather down to 14 degrees Fahrenheit. It offers five-axis image stabilization, providing five stops of compensation, and supports ISO sensitivities up to 25,600. Its clever sensor-shifting feature lets you create a 40MP image by capturing and then combining eight images of the same scene in camera.

The Olympus E-M5 Mark II shoots HD video, although that’s never been an Olympus strong point. The camera has an articulated three-inch touchscreen LCD, although I hear the Mark II has EVF issues. Built-in Wi-Fi lets you quickly share your images.

Who’s It For: Either the OM-D E-M10 Mark III or OM-D E-M5 Mark II would be a good first camera for a new photographer or anyone wondering about the versatility of the Micro Four Thirds system.

Why I Like It: I own and shoot an Olympus OM-D E-M5 and it’s an amazingly capable camera. 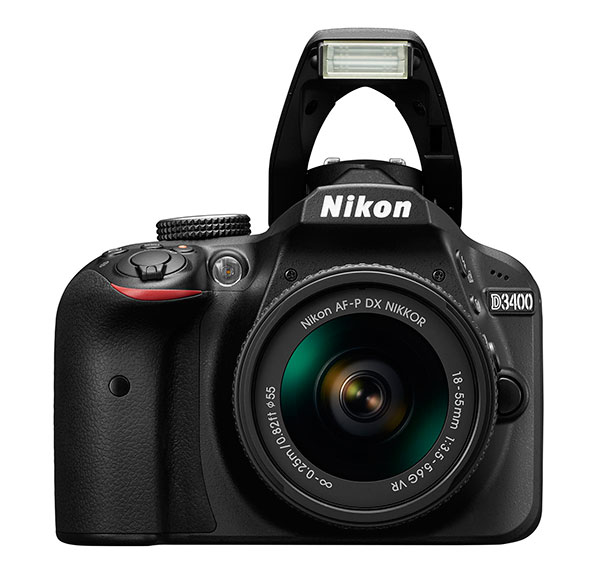 The Nikon D3400’s EXPEED 4 image processor provides ISO sensitivities from 100 to 25,600 and the sensor and processor combination provides 5 fps continuous shooting as well as HD video recording. The sensor lacks an optical low-pass filter, producing better sharpness and resolution for photos and videos. The D3400 features SnapBridge that uses Bluetooth connectivity for wireless sharing of images to mobile devices. The body has a three-inch LCD screen for live view capture and image review.

For new DSLR owners, the D3400 features a Guide Mode to help produce a specific photographic look or technique. Tip: While Nikon is proud of using the same lens mount since Jurassic times, there are compatibility issues with some lenses and bodies. Take time to read up on it.

Who’s It For: New shooters who, as Paul Simon once sang, want a Nikon camera.

Why I Like It: The Nikon name still carries a strong influence, especially with new photographers, so the D3400 is as good a place to start as any.

(Editor’s Note: The Nikon D3400 has been succeeded by the Nikon D3500, an image of which you can see at the top of this story.) 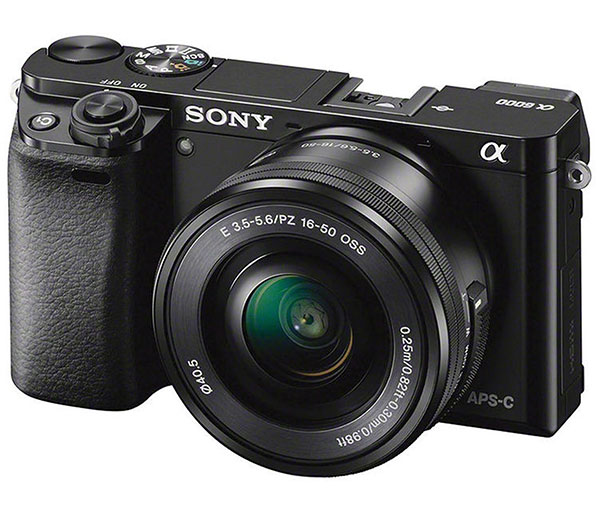 The 24.3MP Sony A6000 ($648, with a 16-50mm kit lens) has a BIONZ X image processor with ISO sensitivity up to 25,600, continuous shooting up to 11 fps, and the ability to produce HD videos (not movies, Kong: Skull Island is a movie). It uses phase- and contrast-detection methods to acquire focus and has IBIS to minimize camera shake.

Who’s It For: Photographers who like classic styling in a compact package.

Why I Like It: I’ve never even held a Sony mirrorless camera but they have an almost cult-like following, so there must be a reason for that. 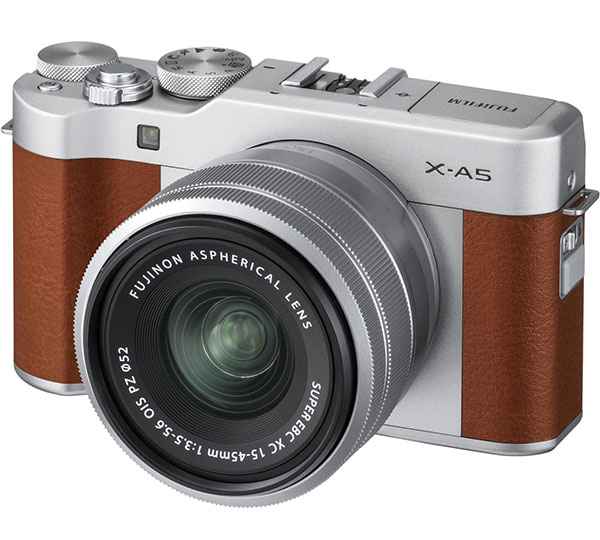 The camera’s AF system has phase-detect points. A Portrait Enhancer Mode ensures skin tones are rendered “in a pleasing way.” Features include focus stacking to adjust depth of field, a dedicated selfie mode, and automatic merging of 4K images. The X-A5 has a maximum ISO sensitivity of 12,800, with Bluetooth connectivity for transferring files to a smartphone, tablet, or to the optional instax SP-3 printer ($184).

Who’s It For: Photographers who want the big pixels from an APS-C sensor in a compact package.

Why I Like It: Like the Sony, I’ve never held a Fuji mirrorless camera in my paws but my pals at the pool hall seem to love them. And I like the styling of the retro brown model.

Up until a few years ago almost all of Joe Farace’s photography, not counting an occasional side trip into film photography, was made using Canon EOS cameras. Increasingly all of his personal photography and some of his Shutterbug images are made with Olympus and Panasonic cameras. You can see some of the images made with all of these cameras on joefarace.com. To find out when Farace’s next car show PhotoWalk is check out joefaraceshootscars.com, which also has a blog with lots of useful information along with a Gear page listing the major components of all his camera systems.